The story so far


Ribbons of Euphoria is a band, which, whilst keeping blues-rock as a basis, is flirting with psychedelic and progressive elements, thus composing a beautiful musical combination, which has the immediacy of the - good - old times.

They were formed in late 2006 by Nick Poulakis (el. guitar, backing vocals), Thanos Karakantas (organ, bass, backing vocals) and Thanasis Stroggylis (drums). In the summer of 2007, Stavros Zouliatis (vocals) was added to the whole.

With the exception of the singer Stavros Zouliatis, the rest of the members of the band have cooperated again in 'Pelotas En Fuego' since 1999, with Thanos Karakantas participating since 2005 and after.

At 2017 the groups’ sound found balance again with adding Yannis Tziotziovillis at bass.

The band aims to defend rock music and its stylistic culture, thus rendering it existent in a world that considers it lost for ever.

Unrepentantly nostalgic of the '60s and '70s, Ribbons include their own compositions from their first two albums in their repertoire, but also many covers of well-known songs, which are performed with precision and respect to the sound and style of that era.

Their first release came at 2014 by D-drop Recordings. The tracks are a combination of many influencies and inspirations of the band from its founding (2007) till the production of the album with the first recordings in 2011. Within 2 years of much personal trouble and colaboration with 3 different studios, finally came the moment where this album was ready for its first official presentation on 26/12/2014. Nostalgic of the old times, Ribbons of Euphoria release their self-titled album in vinyl, distributed to the public through Fuzz Overdose Records.

2nd Album(EP) - Reaching for the Skies

Ribbons of Euphoria return with their second release, promisingly entitled Reaching for the Skies. The rocking quartet from Athens-Greece, combine the 60’s psychedelic sound with the 70’s progressive aesthetics and approach. Pure rock, in large doses, satisfying even to the most demanding of the genre. Influences from Cream to Iron Butterfly and from Mountain to Camel and Uriah Heep are evident; however the approach is original and fresh. The EP includes two tracks of 17 minutes total play time. Rich compositions include impressive polyphonous orchestrations, organic and meaningful guitar riffs and beautiful orchestral parts, cleverly structured, where the organ and the guitar switch leading roles. Each hearing reveals little, hidden compositional treasures, as the music of the Ribbons best unveils itself to the faithful. 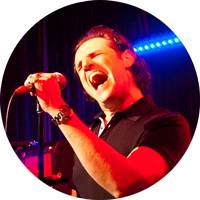 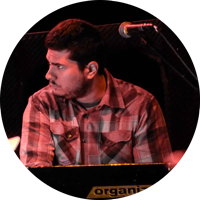 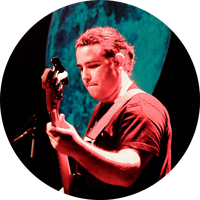